Life is strange. After all the stress and excitement of the Tour, there’s not much to do sitting around at home waiting for the Ashes Squad to be announced. Apart from reading through the CA Contracts list, wishing my name was on there somewhere. I’ve checked ten times, it’s still not there. With the mix of Test, ODI and T20 “Specialists”, it’s hard to pick where I stand, really, apart from at the end of the queue. I’m not expecting to play in the Champion’s Trophy, but with the 30 player list being kept “top secret”, everyone keeps asking me if I’m going.  If I say “I can’t tell you,” they say “He’s Going!”.  If I say “No, I don’t think so,” they say “Well, hard to break into Ashes Squad from outside.”  What do they know? I’m a Test incumbent, and I’ve got a freaking Baggy Green to prove it!

Dad has gotten over the disappointment of having his son play in one of Australia’s biggest ever cricketing disasters.  Every time Thea and I go over there for a meal he drops a hint about bringing the Baggy Green for a visit. He wears it, straightens the peak, fondles it, has his photo taken in it.  I don’t mind at all, he’s done plenty to earn it over the years, but I draw the line at letting that dumb spaniel have a photo taken wearing it.  If it found its way onto facebook, I’ll end up on a Contrary Conduct charge. 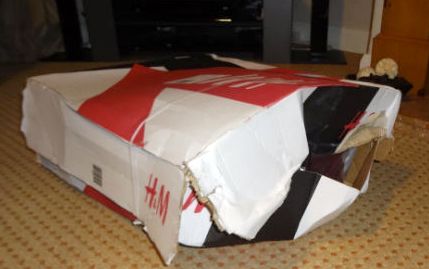 A strange parcel was delivered at home today.  It had been addressed to me at the hotel we stayed at in Mohali, then forwarded on. It was a bit battered after its journey, so I couldn’t read the “sender” panel.  Inside was a note saying “Pass these onto your coach” and a wad of 457 Temporary Skilled (Work) Visa application forms.  I’m not sure what he was planning to do with these, but if he picked me as a sop who would just pass them on without asking any questions – like “Can I have a game or I’ll leak this to the press?” – he was wrong.

I remember now that in the middle of HomeWorkGate, I overheard the loons from Team Management talking about ways to recruit new players.  One of them suggested setting a refugee processing centre up on the footpath outside Ravi Ashwin’s old school.  There are plenty of hell-holes in the world that people are willing to risk their lives to escape from, but I doubt St Bede’s Chennai is one of them.

Still waiting.  Still watching snippets of friends and opponents alike raking in the cash playing in the IPL.  Still hitting the bowling machine every day in case the call up comes.

Note:  The collected diary entries of The 17th Man are available as an ebook for kindle and kindle apps from amazon.com and amazon.co.uk

The Prof and I were the last men standing late into the evening at the ...